Myopia Causes – Is Your Child at Risk?

Keratoconus is a progressive corneal disorder that affects about...

One of the aspects that I love about being...

A very rare event is about to occur later...

Optical Lens Coatings and Why You Need Them

Be Unique, Be Yourself with Luxury Private Label Glasses in South Beach

At South Beach Vision we pride ourselves in carrying... 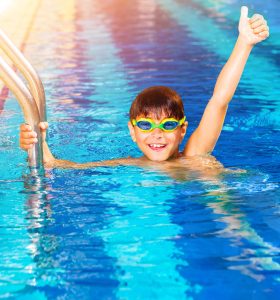 Parents — especially those who are nearsighted and had to wear glasses throughout childhood — are often concerned about the causes of myopia and whether their children are doomed to being nearsighted, too.

If this sounds like you, try not to worry too much.

Myopia is a common refractive error, it’s easily treatable with contact lenses as well as eyeglasses, and it’s not strictly hereditary.

Also, nearsightedness typically does not affect a child’s academic performance or hold them back in any way. In fact, there’s evidence that nearsighted children tend to perform better in school than their counterparts with normal eyesight, farsightedness or astigmatism.

WHAT CAUSES MYOPIA IN CHILDREN?

Although the exact reason why some children become nearsighted and others do not is not fully understood, it appears heredity is a factor, but not the only one.

In other words, if both parents are nearsighted, there is a greater risk their children will be nearsighted, too. But you can’t predict who will become nearsighted by simply looking at their family tree.

In my case, my parents and both my older brothers had perfect vision. I’m the only one in the family who is nearsighted. Go figure.

I loved to read when I was a kid (still do); my brothers, not so much. Some researchers think focusing fatigue from excessive reading or holding a book too close to your eyes for extended periods can increase the risk for myopia in children. But nobody knows for sure.

Are bookworms more likely to be nearsighted than other children? Some researchers and eye doctors think so, but the evidence is not clear-cut.

The cause (or causes) of myopia may remain a mystery, but researchers recently have discovered something about the progression of nearsightedness that is very interesting: conventional glasses and contact lenses that have been prescribed for years to correct myopia may actually increase the risk of myopia worsening throughout childhood!

Many of these same researchers are investigating new lens designs to see if they can develop contact lenses or eyeglasses that can control myopia and halt or slow the progression of nearsightedness in children.

HOW TO REDUCE YOUR CHILD’S RISK OF MYOPIA

This might sound glib, but perhaps one of the best things to tell your child to reduce his or her risk of myopia is, “Go outside and play!”

A number of recent studies have found that spending more time outdoors may help prevent or reduce the progression of nearsightedness in children. Among them:

August 2014 — If you want to reduce your children’s risk of becoming nearsighted, it might be a good idea to have them spend more time outdoors under the sun.

Researchers in Australia tried to determine if a relationship exists between exposure to sunlight during childhood and myopia in young adults. A total of 1,344 mostly white subjects (ages 19 to 22) living in western Australia were evaluated.

Childhood sunlight exposure was estimated by means of a lifestyle questionnaire and a special type of eye photography called conjunctival ultraviolet autofluorescence, which is an objective measure of UV exposure. The amount of myopia was determined by a cycloplegic refraction.

Results showed myopia in young adults is inversely related to the amount of time they spent in sunlight during childhood and objectively measured ocular sun exposure. This association remained significant after adjustment for potential confounders, such as age, gender, parental history of myopia and the subjects’ level of education.

This outcome further supports the inverse association between outdoor activity and myopia found by other researchers, according to the study authors.

A full report of the study was published online in July by the American Journal of Ophthalmology.

Given the research above, it’s a great idea to encourage your children to spend more time outdoors (and leave the cell phone and other electronic devices at home or in their pockets!).

Doing so just might decrease their risk of becoming nearsighted — or slow the progression of their current level of myopia.

Better yet, join them for some quality time outdoors together!