Disney Animators Are All About the Eyes!

Keratoconus is a progressive corneal disorder that affects about...

One of the aspects that I love about being...

A very rare event is about to occur later...

Optical Lens Coatings and Why You Need Them

Be Unique, Be Yourself with Luxury Private Label Glasses in South Beach

At South Beach Vision we pride ourselves in carrying... 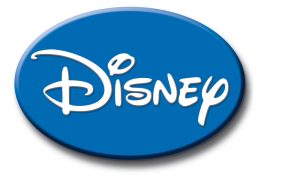 Who doesn’t love Disney movies? We love them at South Beach Vision especially since they are about to get cooler eyes!

Zurich, Switzerland—Researchers in Zurich are helping Disney make its animated characters more realistic by zeroing in on the uniqueness of the eye.

According to Disney Research, “the eyes are arguably the most important features of an individual’s face, if not a window to the soul, so the use of generic eye models when creating digital faces can have disappointing results. Scientists at Disney Research Zurich, noting the significant variation in eyes between individuals, have devised methods for faithfully capturing those features.”

Despite advances in digital animation, animated characters can look uniform and lifeless, as they lack the asymmetrical features and tiny imperfections of real eyes, reported Optometry Today.

“Even though the human eye is one of the central features of individual appearance, its shape has so far been mostly approximated in our community with gross simplifications,” Disney Research said.

With the release of their findings, Disney’s researchers reported that they have developed a technique, using multiple cameras and various lighting, to more accurately capture the shape and texture of the white sclera, the shape and refraction of the transparent cornea, and the shape and coloring of the iris, including how it deforms as the pupil narrows and widens.

“This unprecedented level of detail enables the creation of an eye model that both captures the look of the person’s eye and can duplicate how it responds to changes in lighting,” Disney Research said.